The creativity is something that we are born with is evidenced by musical virtuosity displayed by children, the untrained ability to paint masterpieces, the profound yet simplistic problem-solving skills developed by some at a young age, and dozens of other examples. Some of the most brilliant and idolized figures in creative history had a seemingly natural penchant for a specific ability, as though their brains had been hard-wired to perform a certain function (although, this was often at the expense of more traditional capacities). 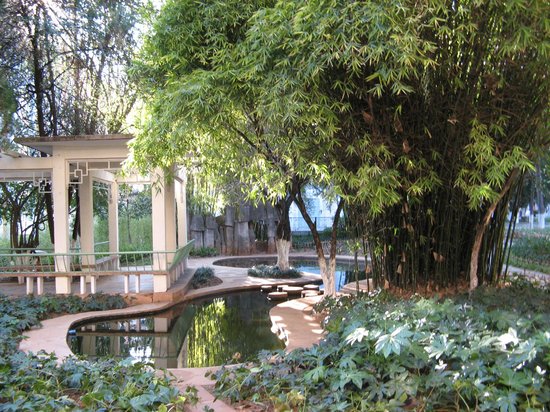 Prodigies, such as Mozart, who wrote his first symphony at the age of eight; Williams Sidis, who lectured on new mathematical theories at Harvard University at the age of nine; and Pablo Picasso, accurately considered a Spanish master by the tender age of fifteen all present powerful arguments to support the idea that the roots of creativity are inherent, rather than acquired.

However, a rare condition called savant syndrome, which affects some of the most fascinating anomalies of intelligence throughout history, leads some to argue this point from a different angle. Various men and women have been born who can do unbelievable things in their minds. Yet they, without exception, either suffer with some other debilitating lack of cognitive ability or have been subjected to a traumatic injury, following which their abilities appeared.

Daniel Tammett is a boy, who sees numbers as shapes and colors. He has created an artistic representation showing the integer pi (3.14….) as it looks like in his mind. He can also recite the endless integer to more than 22,500 figures, from memory. He has a rare form of synesthesia and autism.

Stephen Wiltshire’s autism allows him to create photorealistic depictions of entire cities after seeing them a single time. He once drew a 33-ft mural of Tokyo’s layout after a very short helicopter ride. He had never visited Japan before.

After a brain injury that occurred when playing baseball at the age of 10, Orlando Serrell was able to do fascinatingly complex calendar calculations, and can accurately describe the weather of every single day since the accident took place.

These examples illustrate a different side to the “nature” explanation of human creativity and cognition. It seems that parts of the brain can develop in an extraordinary ways or be changed by a traumatic event. The resulting abilities are spectacular and rare. This begs the question: does the malleability of the brain derive from cognitive defects/ happy miracles, through physical manipulation (i.e. a baseball striking you in the temple), or perhaps through the chemical stimulation of neural receptors that alter the way we act, think, speak, and create. The modern world is loud and proud of the advances that have been made advances in so many fields of study, regarding all aspects of life.

And yet, the underlying engine behind every step we take and every word we speak remains an enigmatic puzzle, and it continues to ironically mock us with its complexity. The savant syndrome represents a fascinating bridge between the arguments of nature and nurture, underlining how incredibly complicated and mysterious the human mind truly is. Know more about the human creativity only at the University Canada West, one of the best universities in Canada, offering various business and management related programs.

Dance Your Way Through Glory With Your Favorite Sneakers!

The role of the funeral director could not be more important. He or she is the leader of the team, a team of people dedicated to helping a family arrange and carry out a most […]

Innovation and convenience are combined in the most amazing way by Blackbay, making it a leading provider of mobile enterprise solutions. Considering the need for smart and advanced methods through which companies can improve their […]