Success is what some people achieve in few decades while others spend their whole lives in attaining it. This is exactly what is true to Jacob Arabo of Jacob & Co. He started his maiden business venture when he was merely 16, an age when young people are not taken much into consideration apart from studies. And the by the time he was a full time entrepreneur with his own company and branded products, he was just 21. We all know about Jacob Arabo- the New York City based jeweler shine and glitz of whose diamonds have reached all over Europe, Africa, Asia, South America and North America. But very few of us know about his background and success story. 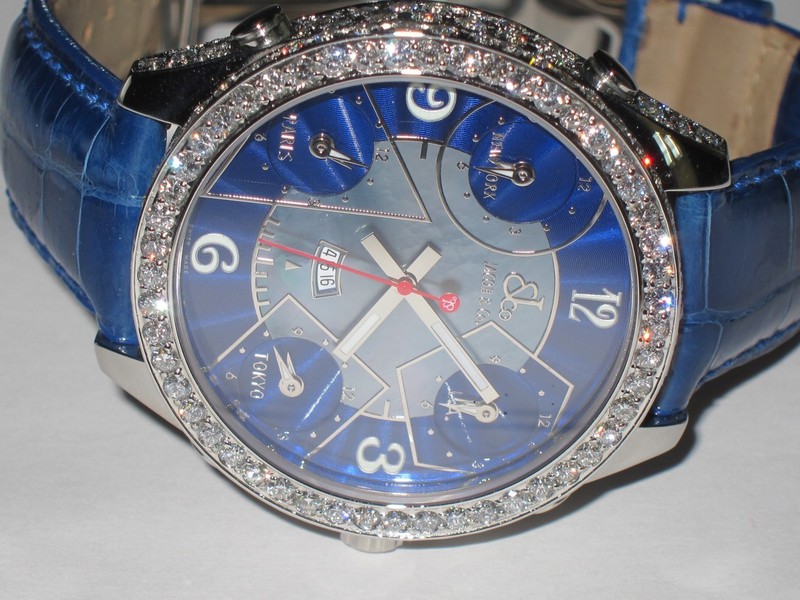 People migrate to other countries with a hope to achieve bigger than what they had in their own country. Yakub Arabov’s parents also had the same dreams for themselves. So they took their 14 years old son to New York and left their roots behind in their homeland Uzbekistan. Following the usual norms, young boy was put in a formal school. He also changed his name to Jacob Arabo. But soon enough he understood that institutionalized education is not for him and thus he discontinued it. Instead, he took admission in a six-months long program for jewelry making.

This decision changed the his life and he realized that so long, he tad taken a wrong direction for his life and that now he can stir it to the right one. His sentiments were reflected in performance as well. He became the start student there and completed the course in just four months. As per the suggestion of his teachers, he started a business venture in Diamond District in Manhattan in 1981 and founded his own company Jacob & Co along with his diamond brand the Diamond Quasar in 1986.

His success graph proceeded real fast after this. Faith Evans of R & B and her husband late Christopher Wallace, popularly known as Notorious BIG accidentally entered into his small store and developed an instant liking for his fresh designs for their clear shapes. In those days he used to design moderately priced traditional jewelries. It was like the celebrity couple took it upon themselves to promote his company and designs. Very soon, Jacob Arabo was one among the prestigious jewelers of posh circle.

In 2002, he launched his own brand of watches which too became an instant hit. These were designer watches but diamonds and gemstones were not the only forte of his watches. Technology used was also avant garde. His first line of watches was Five Time Zones which had five permanent zones fixed on them- New York, Paris, Tokyo and Los Angeles while the fifth showed the time at the location of the wearer. Later he came up with more lines like Ghost, Quentin, Epic and very recently Billionaire. In 2005, he moved his store to Flagship Boutique in East 57th Street, New York. After achieving so much in so little time, Jacob Arabo can afford to say that he designs for classes, and not masses.

The Challenges And Benefits Of Clean Room Die Cutting

Pearls are gemstones with stunning beauty. They are not as expensive as diamonds, but pearls have a special charm. Their classic beauty makes them the favourite of women of all ages. You should know more […]

If you are one of those intensely waiting for a real entertaining family film to enjoy a weekend day with family why not fix a date with ‘Bracelet of Bordeaux’. If you’ve not seen the […]