What is pregnancy? A question with the known answer that it is the period of time where a woman carries her own baby in her womb and finally delivers her baby. As simple as that – but is it so simple to tell everything about pregnancy within some phrases? No, it is not, the mental and physical involvement towards the well-being of both the mother and her fetus or embryo by attending several examinations and checkups prescribed firmly by a regular practitioner is the main thing to continue throughout the stages. 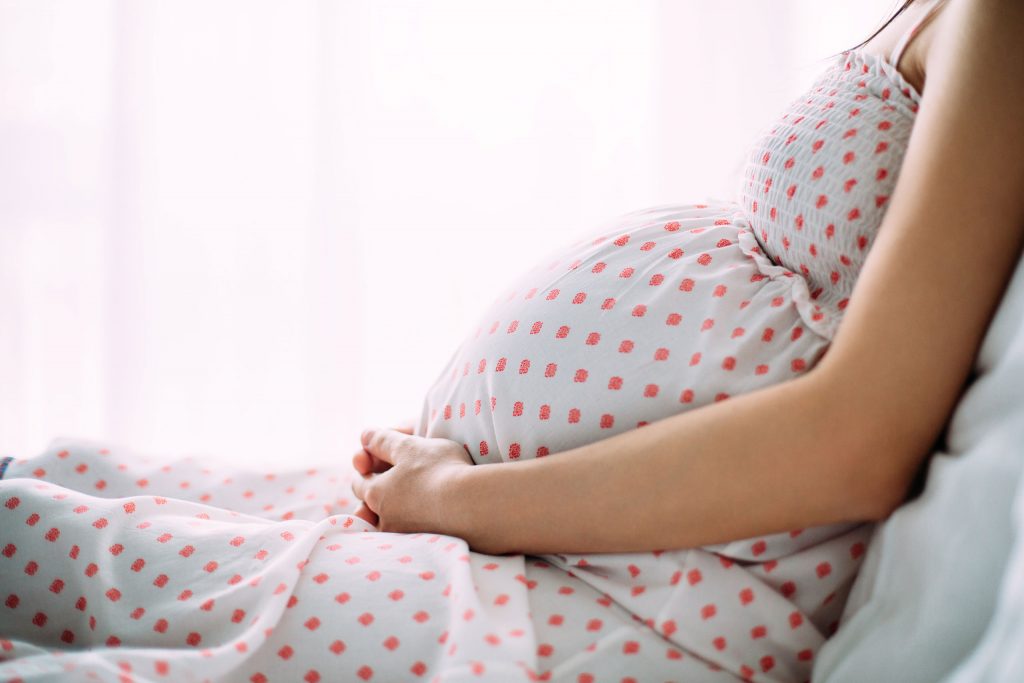 Pregnancy – generally divided into three trimesters. Up to 12th week the first one which the most vital for the development of baby organs which completes fully in the second one and they start to hear and swallow and begin to move around  and finally the third one where the baby opens his/her eyes, gain weight and prepare delivery. But this long process indulges a lot of care and series of checkups for many common issues like vomiting, backache, fatigue, iron deficiency, ingestion, constipation, nausea and more commonly the morning sickness. Morning sickness starts around the 6th week of pregnancy and often considers as the very first indicator to the many women that they may be pregnant.

Morning sickness does not have any particular reason to happen but generally it is believed or found that increased hormones level during the first few weeks of pregnancy in amongst the most common causes Apart from this, reduced blood sugar, emotional stress or excessive travelling or fatigue can be the other cause for this. Despite the name, this symptom can cause discomfort at any time of day and is marked by nausea or sometimes vomiting. Its severity varies among women. Though this does not have any serious complications but ignoring morning sickness during pregnancy for long may lead to hinder growth and development of fetus due to losing appetite and consequent weight loss.

Any symptom that leads a woman to blood in vomit, fast heartbeat, dizziness, inability to keep food down, fever, infrequent or dark colored urination, or weight loss, must be the indications for her to consult a doctor for those as severe level of morning sickness require hospitalization sometimes. Proper medication prescribed by the doctor helps the woman to help the stomach move the food to the intestine and also help with nausea and vomiting. Use of antacids would be also great to prevent acid reflux and absorbing the acid in stomach itself. The doctors can also prescribe for blood or urine or even ultrasounds for detecting the severity of the disease. Alternative remedies can also be taken but definitely a discussion is much needed with the doctor before opting any of the methods.

Pregnancy and morning sickness are well attached but drinking plenty of water, taking naps, eating small meals, avoid active or passive smoking might help a woman to prevent morning sickness but it is advised strongly that medications and tests for this can only be done after consulting a regular practitioner.

Fulfill Your Birthday By Online Cake Delivery In Ludhiana

Why Should You Hire Mature Escorts Operating In Essex?

We are in modern world, these results in change in life style, especially change in food habits. It paves way for more number of diseases. We need to overcome this with the help of medicine. […]

Smartphones have occupied a prime spot in our everyday lives. The whole range of smartphone features available at our fingertips has made life comfortable and exciting. Did you know that you could use your smartphone […]

Do you want a great relax feel in between your tight scheduled busy working style? By now you would have started to experience the back pain or at least neck pain.  Many of the people […]