A Mixed Martial performer, fighter and enthusiast Justin Nauling was associated with the United States Military Force in a responsible position. He served for Marine Corps near about a decade and achieved the top level position as Black Belt Instructor in Martial Art Program. As a successful instructor, he provided combat training and instructions on martial arts to thousands of his fellow marines. He is popularly known as a former associate of the Marine Corp and during his term, he participated in number of force actions. 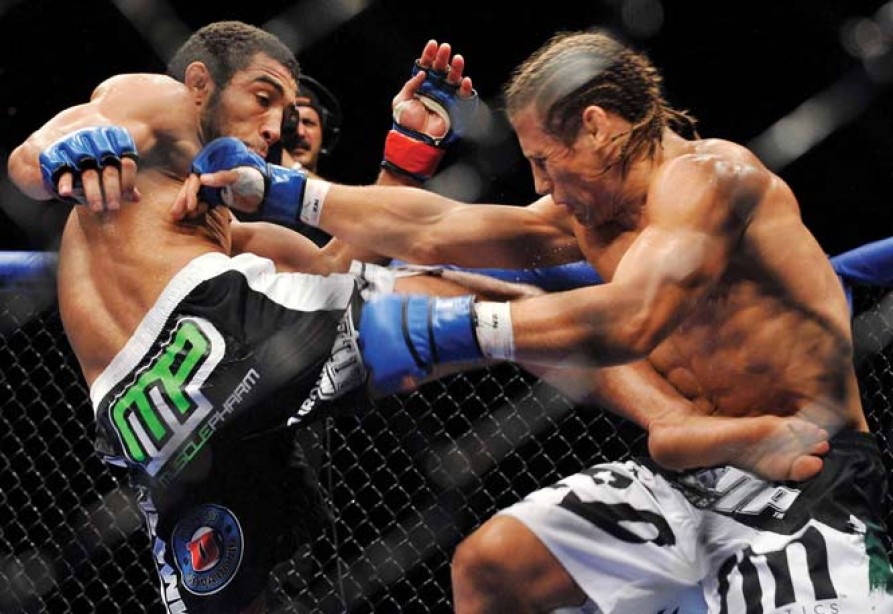 During the period 1995 – 2002 He performed for 3rd Light Armored Reconnaissance Regiment as well, for 1st Intelligence Battalion. With his great leadership skill, proficiency and quickness of mind, he has been promoted to the position of PLATOON Sergeant which opened a vast room to him for establishing his level of expertise. Justin Nauling performed in various roles and shouldered great responsibilities including Small Arm Weapons Instructor, Regiment Coach, and Marine Combat Instructor for Water Survival and also as Black Belt Instructor in the major Marin Corps, Martial Arts Program.

During his continuation with Marin Corps, for his professional need he was asked to undergo a comprehensive course in Martial Fighting. This made him inspired in learning about Mixed Martial Fighting techniques more professionally. Subsequent to his tenure, he joined BRAUSA ADADEMY in Tempe, Arizona to acquire training in Brazilian concept based JIT JITSU and MUAY Thai kick fighting. During his training period, Justin was taught by the top expert trainers like Joe Riggs, Edwin Dewees, Santino DeFranco and the training curriculum undeniably paved the path towards his success. After completion of the course most successfully, he planned to take part in professional fighting sessions.

Later, for a number of years, people across the world found Justin to compete against major fighters from across the United States and overseas. For his mastery he became the buzz to news media and well-liked man to found on the Rage in the Cage MMA events. Backed by his fantastic performance record of five wins and two losses, Justin Nauling achieved victories against several amateur as well as famed fighters. He bagged his first win out of his official fight in December 2002, Rage in the Cage 42. In the midst of his more noteworthy victories, Justin Nauling won against renowned fighter Gabe Rivas in the very first round; he won a match against Ray Elbe in second round and also defeated Allen Branson (unanimous decision).

He served for the US Navy and worked for it in multiple roles like operating in visit/board/search and seizure (VBSS) as well as weapon instructor. In his free time, Justin enjoys different kinds of recreational activities while playing volleyball on the beach, practicing CrossFit and martial arts are some of his daily jobs. The renowned Mixed Martial Fighter thinks that for new generation young people learning about the fighting styles such as JIT JITSU or Kick Fighting can be helpful for his physical wellness as well as self protection. He is highly popular to his community people for his friendly manners and behavior.

All About Milk Thistle And Benefits

Cheap Plus Size Prom Dresses To Suit You

Saying that real estate is the ideal investment is truly just, because it is Income, Depreciation, Expenses, Appreciation and Leverage which make it IDEAL. People work hard all their lives and dream of having a […]

The world of prints and printing technology has spread its feet all over the world. The modern technology of this world has been making sure that they take this printing technique to a next level. […]