There are many areas in and around London (and the entire United Kingdom, for that matter) that have become popular in their own right, especially when it comes to business and industry. One such area that has gained leverage in recent years is Swindon. Swindon, located in Wiltshire in the South West of England, is one of the larger towns in the area. If you would like a more approximate idea of where Swindon is, it is near Bristol (about 56 kilometres away) and near Reading as well – midway between the two conurbations in fact. Whether you have a start-up business or one that has already been well-established, it pays to know more about Swindon and what it can do for your enterprise. 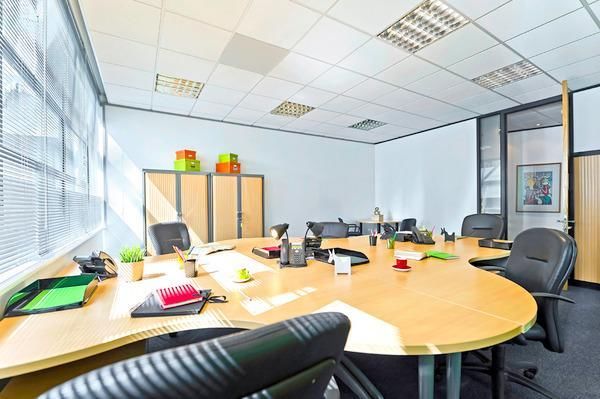 Moving to a Swindon office – why it makes good sense

The economy of Swindon is booming – one reason for this is the fact that it is home to many corporations. These corporations have set up shop in Swindon, and this includes notable names like Honda, BMW, Nokia, Dolby, and even famous retailers like W.H. Smith. Apart from this, Swindon is also home to an international engineering firm, Halcrow.

Another noteworthy player contributing to the Swindon economy is Intel, which has its very own head office for Europe in the town’s south side. Zurich Financial has also made Swindon its base of operations, and pharmaceutical firms such as Catalent Pharma Solutions (from the United States) and Patheon (from Canada) have chosen to be located in Swindon as well. And as if this weren’t enough, Swindon is also the location of the National Trust’s head office.

The proximity to major hubs

Another reason why it makes good sense to have offices in Swindon is the proximity of the town to major hubs. In fact, Swindon is a hub of transport, as it has a railway station and is accessible through two major junctions on the M4.

Yet another reason why Swindon is even more accessible than before is its Car Share scheme. The scheme is a partnership between a private organisation and the Wiltshire County Council, where individuals interested in ride-sharing can become members of the scheme. There are over 300,000 ride-sharing members today.

It is also quite easy to set up an office in Swindon. Why is this? Simply because Swindon has the Dorcan Complex, which offers an array of serviced offices that are fully equipped with everything you need. These Swindon offices are equipped with telecommunications networks, including WiFi and phone lines, and are ready for occupancy at any time. The offices offer an all-in-one solution for businesses, big or small, who don’t want the hassle and headache of setting up phone or Internet lines, furniture, and the like – it is all there as soon as you move in.

Relish Your Tour With A Rental Car In Mumbai

6 Things You Should Not Miss: Things To Do In Gold Coast

William Lauder, executive chairman of the Estee Lauder Companies, has been a source of learning for many aspiring businessmen and career-minded people. Although he got familiar with office environment when he was just 13, his […]

This age of information technology is indeed all about information. This information can be personal data, company’s documents, financial records and much more. Therefore, storage and backup of these information and data is important. The […]

They are the one which can be totally used by the general public. The fact is in the manner that the watch-lover can be always ready to purchase a lot of pieces. This is something […]